For The First Time Ever, T. Harv Eker Reveals His Proven, Step-By-Step System To Turn Anyone Into A Great Leader – Almost Instantly! 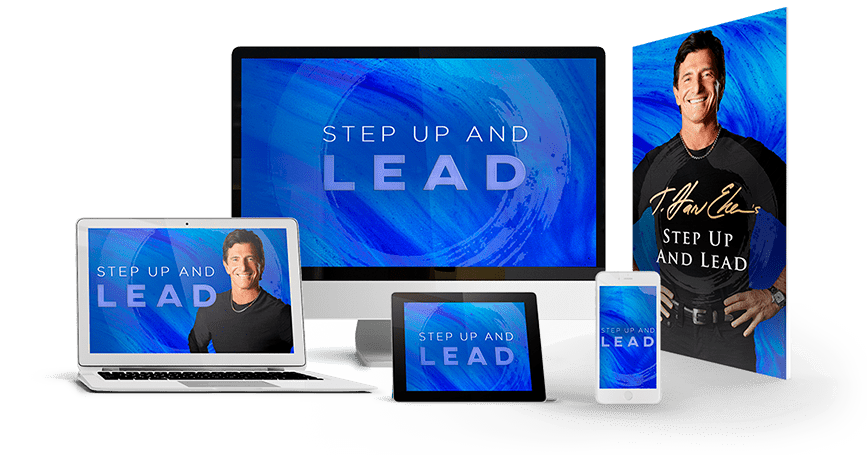 When you first started your business, did you…

Imagine that having a team of people working for you would cause you so much stress, frustration, and agony?

Envision being surrounded by people who complained, underperformed and didn’t do what they said they would?

Think you’d feel pressure every day to make decisions that you’re not confident in making?

Believe you’d be getting quicker results and doing better than you’re doing now?

You took the leap, you started a business. You went for it…

… And in return you’re getting less sleep. You’re working harder than ever. And the amount of money you thought you’d be earning right now is nowhere close to your reality.

What the heck is going on?

Is it you? Is it your team? Is it your product or your service? Why are you still struggling?

Hi, my name is Jesse Eker and I’m the Managing Director for Harv Eker International and over the last 4 years I’ve been able to successfully lead our team from negative $50,000 in revenue to over $4,000,000 in YEARLY revenue.

But let me be frank, it wasn’t always easy. When I first started this business with my dad, T. Harv Eker, we were not doing great.

Okay, that might be down playing it a bit, we were doing awful! My dad being semi-retired meant I was coming in as the leader.

Over the first 6 months I hired several new employees and the results spoke for themselves. 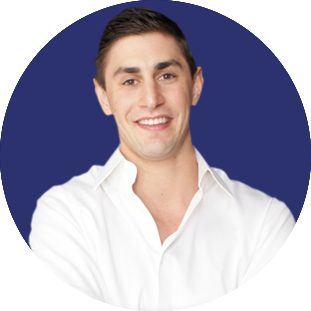 We were losing money… quickly.

Coming into this company, all I knew was how to build an online business… not run a company. I never had to delegate or outsource or manage… and I’d never trained anyone in my life!

It was a total nightmare.

At the 6 month mark I flew down to San Diego to meet my dad for our quarterly meeting.

After showing him the financials and the report of what we did vs. what we had planned my dad said, “Jess, this is not acceptable.”

My ego was struck so I defended myself. “It’s not me Dad, it’s my team. They can’t get it together.”

He looked at me and said very calmly but sternly, “It doesn’t sound like a team problem, it sounds like a leader problem.”

And then what he said next hit me like a ton of bricks. He said, “Unlike what most people think, leaders are not born leaders. They LEARN to lead.”

Wow, that was the first time I heard that. I always thought people were natural ‘born-leaders’ and that people would just follow my lead based on my actions.

I quickly realized that unless I wanted to be a ‘one-man team’ for the rest of my life, I absolutely NEEDED to become a great leader.

He said, “I learned… just like you need to do.”

So he sent me an audio file. I could tell it was from one of his live courses.

As I was listening I could feel my hands getting sweaty. I started to pinpoint where I made my mistakes.

I finally understood what was going on, what I was doing wrong and more importantly, I started to learn what I needed to do instead.

After just 30 days of implementing what I learned… our company brought in $25,000 in sales!

I couldn’t believe what was happening right in front of my eyes. It was a complete 360 within the company.

We have a team of 10 rockstars and our students LOVE us!

The last point can be a huge challenge. Many of us are so laser-focused on our product, service, marketing, operations and all the other aspects of our business that we dismiss the part that’s a HUGE component in making a company thrive and become successful.

My point here is that you absolutely must be a great leader to succeed. Simply put, those who don’t struggle.

The good news is…

So if you want to…

… become a better communicator with others,

… build better systems and processes for your company to follow,

… delegate work and be confident your team performs at a very high level,

… Then you have definitely come to the right place! I’m so excited to introduce you to our brand new program.

Step Up And Lead: “A Simple And Powerful System That Makes Anyone A Great Leader”

This online program is meant for ambitious professionals, business owners, entrepreneurs and even employees looking to advance their business or careers to an elite level.

In these 3 modules, you’ll learn the exact strategies that took Harv Eker International from -$50,000 – $4,000,000/year. No fluff, no business theory – just the same set of principles anyone can use to become an effective leader… practically overnight.

You’ll also receive a set of powerful, yet easy to use fill-in-the blank templates to help guide you along every step of the way.

This is a very simple, yet extremely powerful SYSTEM that will turn anyone into a great leader almost instantly.

Here’s What People Say About Harv

“I have witnessed and admired T. Harv Eker’s work for years. I highly recommend his work for anyone seeking to increase their financial, mental and emotional wealth.”

“Study Harv’s Work As If Your Life Depended On It!”

“Study Harv’s work as if your life depended on it… Financially it may!”

“Study Harv’s Work As If Your Life Depended On It!”

– Marci Shimoff,
#1 New York Times bestselling author of Happy For No Reason, and featured teacher in The Secret.

“Harv demystifies why some people are destined to be rich while others are destined for a life of struggle. If you want to learn about the root cause of success, learn from Harv.”

“Take One Of His Programs!”

“Harv has a heart of gold… If you can take one of his programs I highly recommend it.”

Here’s What’s Included In The Program

If you want to become a great leader, you must become a master communicator.

The fastest way to become a world-class leader is to have a highly effective and proven system to follow.

Module 3 – Characteristics Of The Ultimate Leader

The fastest way to become a world-class leader is to have a highly effective and proven system to follow.
If you want to be a great leader, you must act like a great leader. That means your habits, traits, mindsets and characteristics must follow a specific mentality. In this module, you’re going to learn everything you need to know to be able to become like one of the world’s greatest leaders.

And it comes with our no-questions asked, 30-day money back guarantee.

Plus As A Bonus, Get A Free Month In Our Rich Life Club 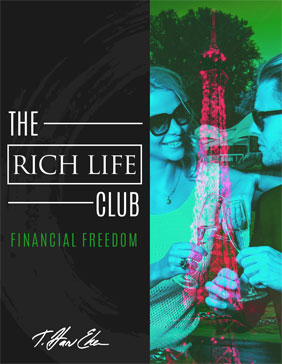 There is only ONE place you can interact with T. Harv Eker LIVE… and that’s during our monthly Tough Love Mentoring calls inside our brand new Rich Life Club. Students from all over the world have the opportunity to get live coaching from Harv and ask him any burning questions they have relating to money, business, success, and life.

In the Rich Life Club, you’ll also get access to over 100 exclusive videos and reports, only available to Rich Life Club members. This is a ‘best of the best’ T. Harv Eker collection that’s worth 100X more than what we charge for it. You get access to the Rich Life Club immediately when you enroll in Step Up And Lead today. Also, if you like the Rich Life Club and want to continue on for an additional 5 months, you’ll only be responsible for 5 monthly payments of $79. You can cancel anytime during your free month, but we’re confident you won’t want to after experiencing the club yourself.

A note from T. Harv Eker, your trainer for this program

I intentionally didn’t read any books on the topic of leadership. There are thousands of books on leadership – and some excellent ones too.

But the reason why I didn’t look at any books before coming up with this program is because I wanted to make sure the elements came from the real world.

I didn’t want to give you what should work, what sounds good, what reads well, but only what actually works in the real world… at least for me, at least my real world.

My world included leading a staff of over 180 people, leading seminars that have over 3000 participants at a time, and me being accountable for tens of millions of dollars in revenue and expenditures.

Similar to you, I live in the real world of relationships – the day to day dealings with my romantic partner, my kids, my family and my friends.

Similar to you, I live in the real world of me personally – where I’m doing the best I can to lead myself to where I want to be and become who I want to be.

And so the only way I could write this program in integrity was not to read books, but to ask myself, “What are the most critical leadership principles in my own experience?”

You don’t need to believe a word I say, but do understand that these principles work for me and for many, many others with outstanding success.

Again all I ask is you be open and try it out for yourself in in your own life and see what happens from there.

All Direct Download Links – No Waiting Time – No Captcha – No Ads